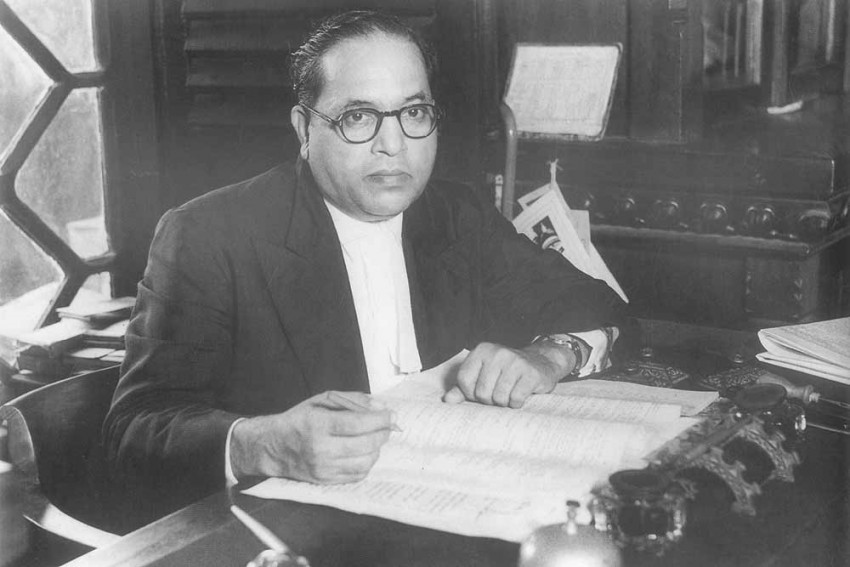 Babasaheb Ambedkar- a true leader and social reformer was one of the most venerable sons of India in this century. He is the man who worked all his life to make our nation of equals. Also, widely recognized as the ‘Father of the Constitution of India,’ Ambedkar was also cognized for his contribution in varied fields as a journalist, scholar, social reformer, educationist, and above all, as a champion of human rights for the repressed and subjugated masses in India. However, there remains a crucial and fundamental aspect of his ingenious that has not been fully recognized and appreciated, i.e., his contribution as an economist to our country. This article tries to bring to light the role of Babasaheb as an economist in India and its contemporary relevance for the economy in India.

MAKING OF AN ECONOMIST:

Babasaheb did his undergraduate studies from the Elphinstone College, Bombay. He obtained his degree in economics and politics in 1912 from the University of Bombay. In 1915, he passed his M.A exam, majoring in economics from Columbia University, New York. In 1916, he started working on his doctoral thesis in the London School of Economics, and at the same time enrolled for the Bar course at Gray’s Inn. After a year, his scholarship from Baroda ended, due to which he had to return to India. But, Ambedkar’s determination and love towards his education helped him to return and complete his master’s degree in 1921.

CONTRIBUTION TO INDIA AS AN ECONOMIST:

Ambedkar was the first native political leader in India with formal training in economics, also being one of the first generations of professionally trained economists in India.[1] As an economist, he contributed in various forms for the betterment of the financial policies and economic condition of India.

1.     The Problem of Rupee and establishment of RBI:

Babasaheb contributed to the field of economics by way of his esteemed publications and the use of nuances of economics in the social world. His DSc dissertation- ‘The Problem of Rupee: Its Origin and Solution’ makes an evident contribution to the field of monetary economics. It deals with the monetary standard as they had evolved overtime during the last decade.  He took every change and the problem associated with the ‘reckless issue of Rupee currency’ and the prevalent currency crisis to make a suggestion. He suggested the gold standard of a modified form as opposed to the argument of John Keynes that India should espouse a gold exchange standard.[2] He argues that the law may fix the ratio between the gold coin and the Rupee, and both should not be mutually convertible. As per Ambedkar, since the supply of gold is stable and the ratio between the Rupee and the gold coin is fixed under the law, this would regulate the issue of currency and would lead to stable prices and hence a stable currency standard.[3]

One of the unrecognized and lesser-known contributions of Ambedkar to the country was his role in the formation of the Reserve Bank of India. Based on his thesis, the subsequent statement and the corroboratory evidence before the Hilton Young Commission on Indian Currency and Finance later led to the establishment of the RBI.

The equally important and known contribution of Babasaheb to the arena of public finance is by his other dissertation, i.e., ‘The Evolution of Provincial Finance in British India.’ The book expatiates on the Centre-province financial relation during the British rule in India in the period of 1833 to 1921. Also, he analyses the problem with the centralization of government finance from 1833 to 1871 in India. He discusses the gradual development and changes made in the Centre-state financial relationship during this period. Ambedkar supported the third phase of budgeting as that was based on shared revenue and did not possess the kind of drawback that was evitable in the second phase based on assigned revenue that led to very little room for expansion of revenue.[4]

Babasaheb discussed his ideas on the agrarian economy in his paper, ‘Small holdings in India and their remedies’ published in 1918. The problems analysed and discussed in the paper are still haunting the Indian agrarian system to date. He argues that the productivity of land production is dependent upon the proportion of the other factors of production combined. He suggested state-owned cooperative farming and industrialization as the remedial measures for the problem. The idea of cooperative farming is an amalgamation of land holdings by the farmers who are willing to cultivate the land but should be under the rules and regulations of the government. This measure would increase productivity and would also reduce the cost of production. Moreover, as per Babasaheb, the alternate solution for the extensive disguised unemployment in the Indian agricultural system was industrialization. In this way, the surplus-labour in the agrarian sector can be transferred to the manufacturing sector, which will not only increase the production of capital goods but will also increase the productivity in the agricultural sector.[5] The same idea was later extensively formulated by the Noble Laureate Professor Arthur Lewis.

4.     Use of economics in political life and making of the Constitution:

It was unfortunate for the economics subject that after the late 1920s, Babasaheb shifted his energy and devotion more towards social change and politics rather than economic analysis. However, his political strategies and roadmap to social change had a deep engagement with questions of political economy, and the strategies reflected the mind of an economist. During the Constituent Assembly Debate, it was Ambedkar who included a section on remedies against “economic exploitation.” He proposed that the state should own and run the key industries, and also agriculture should be a state industry.[6]

The article on financial emergency (Article 360) was introduced by Babasaheb on 16th October 1949, quite dilatorily during the end of the second reading of the Draft Constitution. He was met with stiff opposition on the introduction of the provision as it seems vague to many members of the Constituent Assembly. However, Ambedkar dealt with all opposition by explaining to them the rationale and future use of the provision. He was successful in doing so due to his prior knowledge and immense experience in economics.

Ambedkar also played a significant role in the establishment of the Finance Commission in India. Based on his knowledge on the subject, he recommended the equal distribution of economic resources among the Centre and the States. It was his perspective that taxation is used for removing the wide gap between the rich and the poor. He was the first economist who explained the impact of the trade cycle on rich and poor. His knowledge of economics and prior research on the subject helped the Constituent Assembly and other commissions to frame suitable policies for the betterment of the financial condition of India.

The achievement of Babasaheb as an economist has long been neglected and under-appreciated. However, the contemporary relevance of his economic strategies and policies have brought forth his lesser known side in public discourse. The problem with which Babasaheb dealt regarding the agrarian sector is still prevailing in the country. Agriculture can be made a state industry by giving a choice to the farmers, and this can potentially act as an incentive for people to get in the agrarian sector and help in boosting the economy. Moreover, the country is dealing with a global pandemic that has resulted in a complete lockdown of the country, socially as well as economically, which has resulted in a halt in the economy. The government may use the strategy evolved and analysed by Ambedkar in his dissertations to tackle the further downfall in the economic condition of the country. The problem of the wide gap between the rich and the poor is still prevailing in the society, and the government should examine the principles of Ambedkar’s memorandum, “states and minorities” to tackle the problem. Babasaheb’s contribution to the development of multipurpose water and power projects is still in use in the current period. His life is ideal and an inspiration to the people who want to serve this nation. Babasaheb’s economic thoughts have been productive to the Indian economy and are of use to solve the current economic problems in the country.

Your email address will not be published. Required fields are marked *

Interview with a Catholic

NEW EDUCATION POLICY FOR NEW INDIA: Is NEP a key to a brighter future?